Something To Be Said For Skill 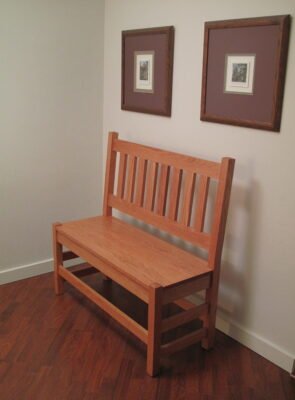 Guido Sgarbossa was my first real boss. Before him I had clipped the tops off onions for eight cents a box, been a flunky for a heating and air conditioning company for four dollars a day and been fired for terminal boredom as a groundskeeper at an old folks home.

In those days, my parents invited people over for coffee and dessert on Sunday evenings. Guido had a hot car, a pretty wife and a thick accent. I lurked between the fireplace and the dining room door and listened while the adults conversed. Guido said it was hard to find good workers for his construction company.

Thirteen year old chutzpah. I started that Thursday after school. My parents and I had to fill in a special form from child welfare saying I wasn’t being forced to work.

Guido told me and then showed me how to swing a hammer the first day.

“Relax your wrist and keep your shoulder steady.”

He could set a three inch spike and drive it in with one blow. Within a few months I could too. Three Italian brothers did the drywall on that first job. When they started yelling at me because of the noise I was making with a pneumatic nailer, Guido told me to stand up to them rather than saying something to them himself. I walked up to the loudest with the nail gun in my hand.

I need not have yelled.

For the first few Saturdays, Guido got me to build a playhouse for his six year old daughter. Though it was only six feet wide and eight feet long, Guido directed me to form footings and pour concrete. He taught me to frame windows and doors. He showed me how to use a framer’s square to cut rafters and slope the roof. I didn’t know what either of us was doing at the time.

Guido had begun his own apprenticeship in Italy when he was twelve years old. At sixteen he finished his training by building a bedroom suite of birds-eye maple with curved doors on the armoire and a four-poster bed.

The first cabinetry I made by myself was well-built but I used oak instead of paint grade plywood. Guido shook a fist at me.

“You seea this? I shoulda givva you two of these!”

When I argued for what I thought to be a better way of doing things Guido listened and argued back with persuasion. I respected Guido, and I knew he was the boss but I cannot remember being forced to do things simply because he told me to. Once, when I questioned why we were doing something a certain way, he told me to try and discover the reason. I did, and I learned two things that day. Guido taught me to work from a plan, to think for myself, and to focus on results.

There are things most parents cannot teach their children. Enjoying hard work may have been one of mine. Guido and I worked quickly, but seldom seemed hurried. The job came with a great tan every summer.

I made a little less working for Guido than my friends did, but when my first year of college was finished and it was time to make money for another year of school I learned what Guido had deposited into my life. There was no work at home but there was in Edmonton. I was only eighteen and was hired as a carpenter’s helper because the contractor would not believe I could do all I said, but within three months I was overseeing a crew of fifteen men. I didn’t tell the workers my age.

I kept in touch with Guido. He moved to California where he made custom cabinetry that was good value at high prices. When I showed him the dining room table and chairs I made in my late thirties, with the top two inches thick and the chairs all morticed and tenoned in solid oak with not a nail to be found, he was still for a moment and then said,

There is something to be said for skill and for those who pass it on.