Umbilicus: Where’s the Belly Button of Your Life? 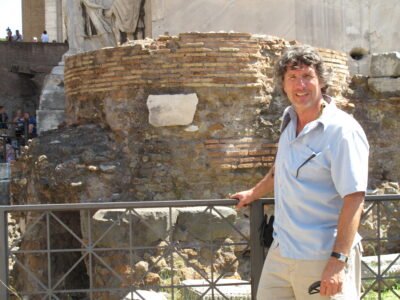 If one walks the Roman Via Sacra down from the Capitoline Hill and to the east, there is a round stump of brick and mortar. To the left is the Curia, the meeting place of the Senate originally built by Julius Caesar. The Rostra, where important announcements were once made is nearby. The Coliseum sits beyond the ruins of many temples at the far end of the Forum.  In the midst of all this grandeur is this small lump, the Umbilicus. The saying goes that all roads lead to Rome, and the Umbilicus, the belly-button of Rome, is where all Roman roads led to and where every distance was measured from.

There’s something to be said for having a place like that in life.

What is your personal umbilicus? What is the central thing in your life that everything else takes its measure and life from?